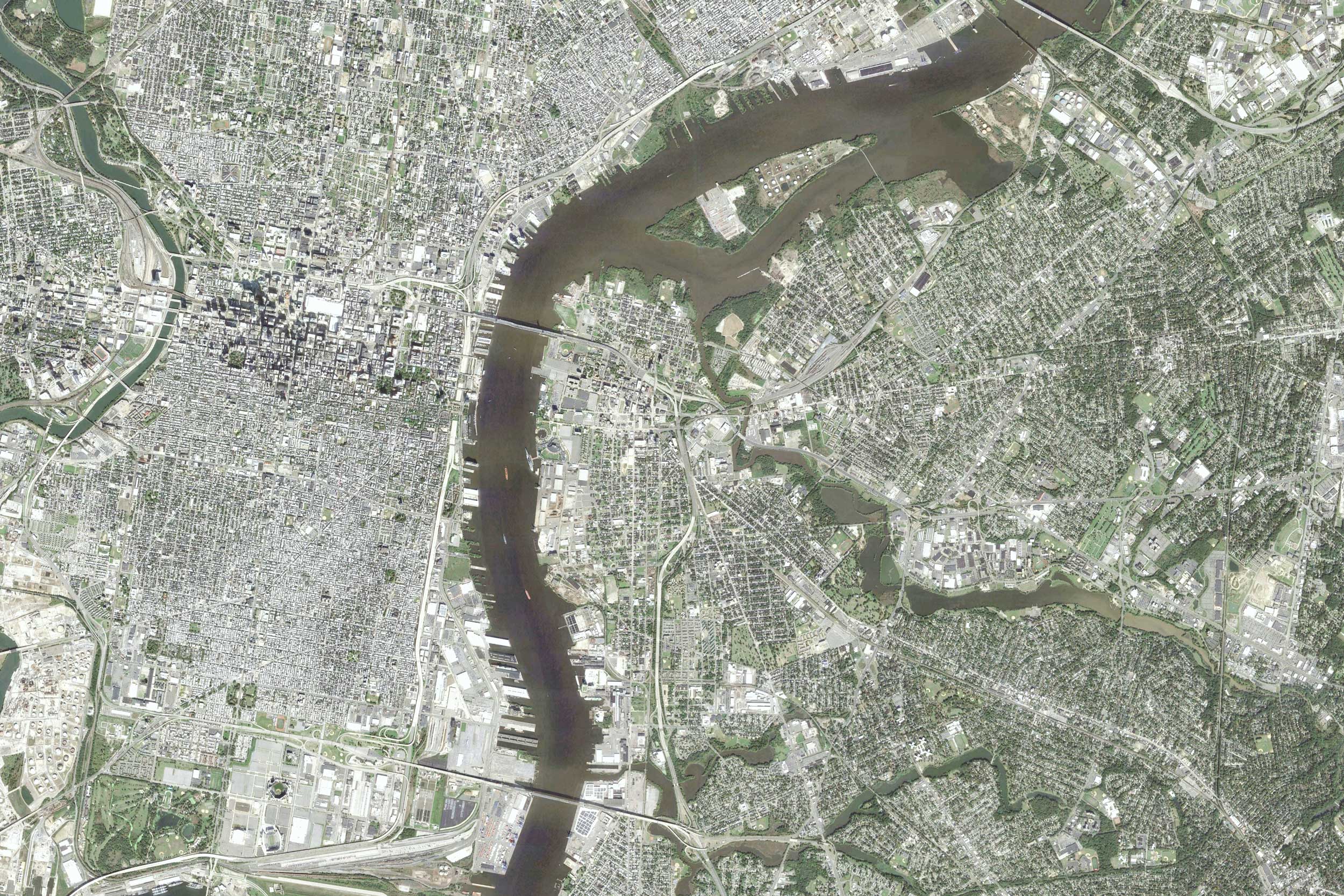 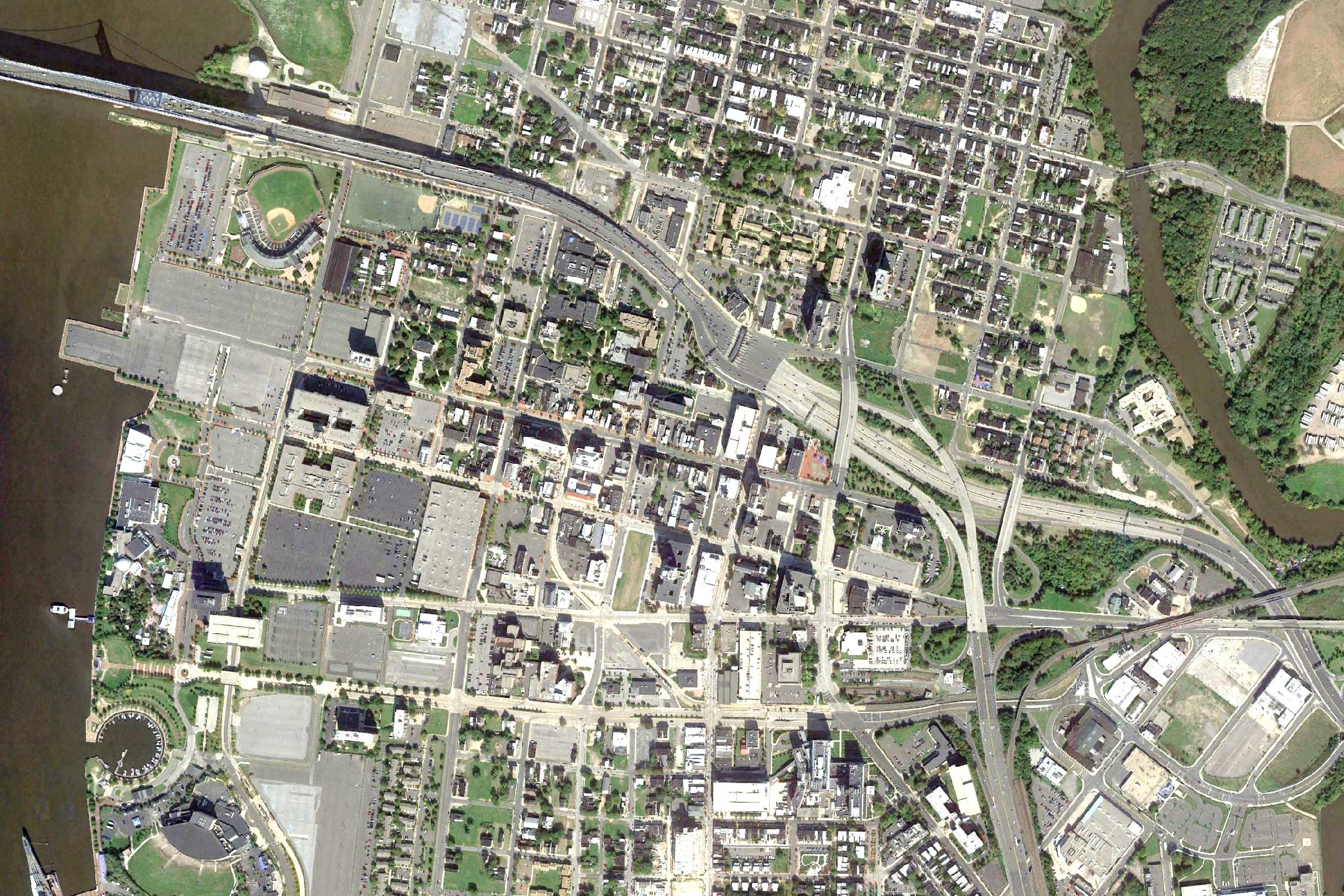 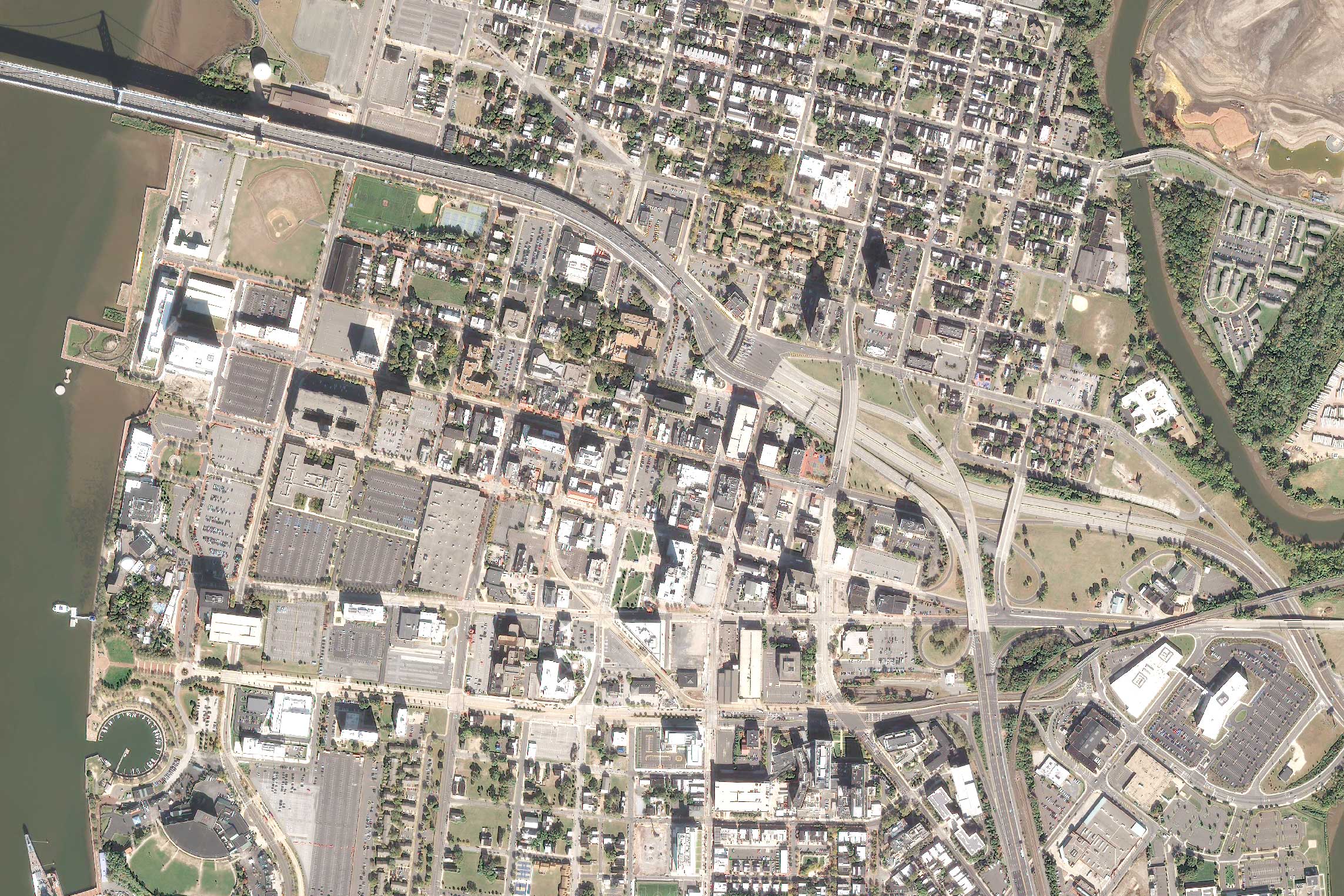 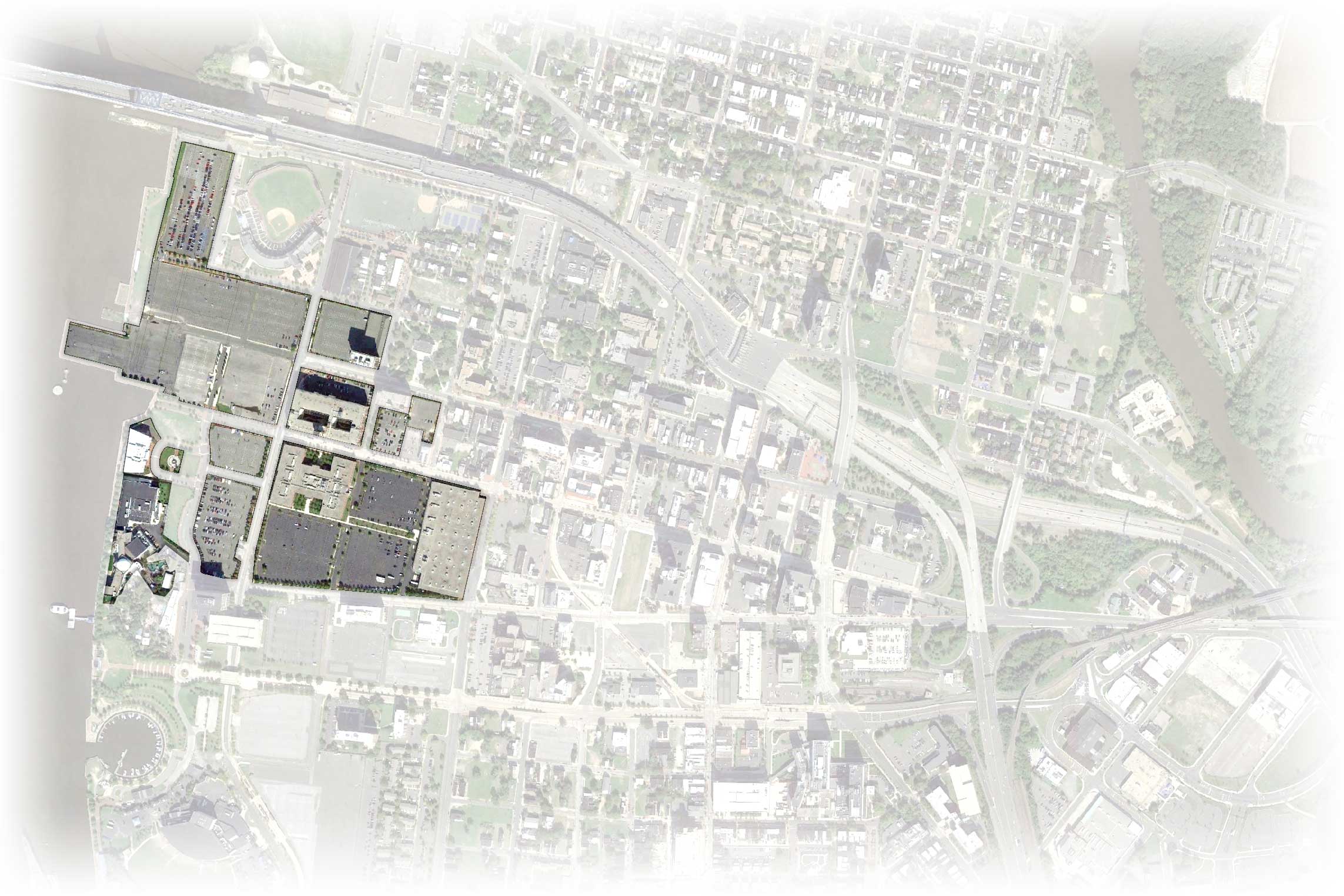 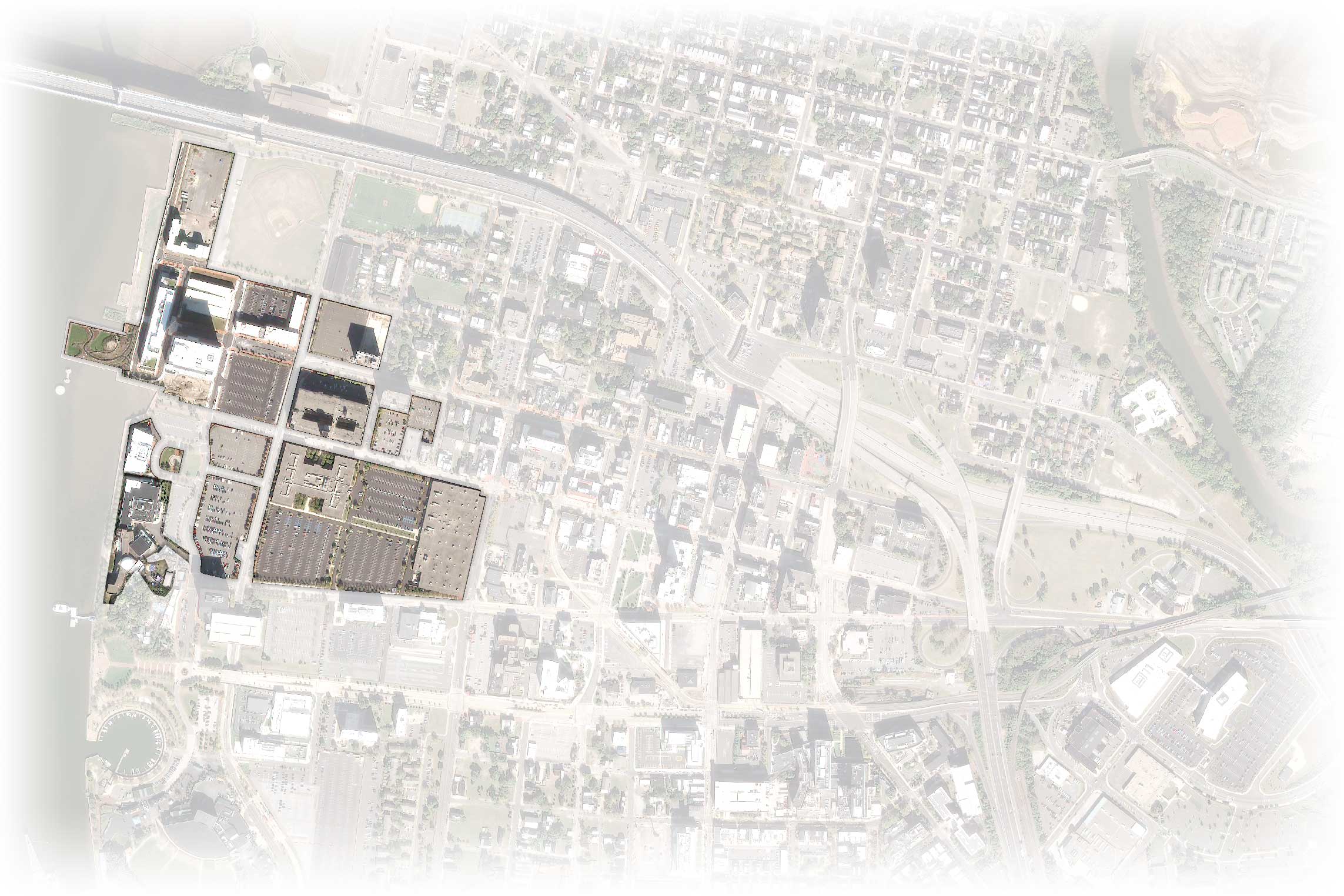 Now, federal investigators are looking into some of the real estate deals that followed, according to sources with knowledge of the ongoing inquiry.

The original developers are largely gone, and Norcross, his business partners and clients of his brother Philip’s law firm own most of the land in the redevelopment area on the waterfront. Norcross has denied any wrongdoing, saying the tax breaks spurred a “rapid and stunning renaissance” in Camden.

Image: Camden in 2011 After the decline of Camden’s postwar industrial base, state and local agencies took possession of the vacant land on the waterfront. One bright spot was the state aquarium, which got an upgrade in 2003 from Steiner + Associates, a national developer.

Steiner also secured the rights to develop a swath of public land from the aquarium to the Benjamin Franklin Bridge.

By 2008, the developer had built the Ferry Terminal Building and began to recruit entertainment, housing and retail projects. But over the next decade, the plans fell through or were delayed.

Various parcels faced building restrictions, and Steiner tried to get them removed without success.

A second developer, Carl Dranoff, built luxury lofts and tried to get two other residential projects built, but he also faced delays.

Image: Camden today In 2013, Norcross and his brothers helped push generous tax breaks for Camden through the Legislature.

The law prompted a land rush, drawing new construction. Along the way, the state awarded more than $1 billion in tax breaks to Norcross and companies connected to him and his family. Some of those firms moved to the waterfront. Meanwhile, Philip Norcross attended weekly meetings with the Camden mayor to discuss development.

In 2015, the real estate firm Liberty Property Trust, headed by a longtime friend of George Norcross’, purchased Steiner’s rights to develop the waterfront. It quickly cleared government hurdles to remove the building restrictions that had blocked Steiner. The following year, Norcross purchased the Ferry Terminal Building from Steiner.

Today, Norcross and his business partners own most of Liberty’s waterfront land, according to public records. Liberty said it wanted to get out of the office business and focus on industrial development.

The remaining projects are largely owned by businesses with connections to Norcross. A former business associate and the hospital Norcross chairs own the L3 Complex as part of a joint venture. And clients of Philip Norcross own the historic RCA headquarters and the American Water building.

George Norcross’ insurance brokerage and its business partners were investors in the hotel until the project’s ownership changed hands in 2017.

Dranoff has filed suit against the city of Camden, alleging he was stonewalled by City Hall after falling out of “political favor.” The city disputes that claim and the case is ongoing. Dranoff declined comment.

Last month, Norcross told a legislative committee examining the tax break program that he and two business partners have spent about $300 million in investments in the city.

“We took a chance because of these incentives,” he said. “No one was going to invest in a city where you could buy sex, get murdered and buy drugs all in the same block. No one.”

Correction: Dec. 12, 2019: This story, originally published on Dec. 9, incorrectly described the ownership of a hotel on the Camden waterfront. It is owned by several entities, not George Norcross’ current business partners, NFI Industries and The Michaels Organization. Those partners, along with Norcross’ insurance brokerage Conner Strong & Buckelew, were investors in the project when it received a tax break from the state, but were no longer involved by late 2017, according to records from the New Jersey Economic Development Authority.

Jeff Pillets contributed to this story. His reporting was supported in part by the McGraw Fellowship for Business Journalism at the Craig Newmark School of Journalism, City University of New York.

Nancy Solomon is managing editor for New Jersey Public Radio and WNYC. Email Solomon at [email protected] and follow her on Twitter at @nancysolomon2.