In exchange for millions of federal dollars each year, apartment complexes subsidized by the U.S. Department of Housing and Urban Development must pass inspections demonstrating that they are decent, safe and sanitary places to live. But residents across the country have discovered that passing scores on HUD inspections often don't match the reality of their living conditions. Look up housing complex scores near you. Read the Series →

Find HUD-Subsidized Housing Near You

Each dot below represents a housing development that failed its most recent HUD inspection.

The percent of properties that failed their HUD inspections has increased since 2014, combining both public housing and subsidized private multifamily complexes. 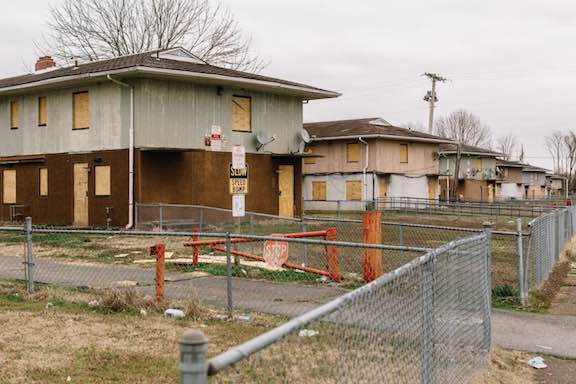 HUD’s flawed oversight of living conditions in federally subsidized housing can leave people living among rats, roaches, mold and other dangerous conditions for years. The lack of solutions for small and midsized cities is the affordable housing crisis nobody’s talking about. Read the ongoing project here.

Note: This database contains all inspection reports made available to the public by HUD from 2013 to March 2019. If a property is inspected multiple times within a short time period, it is possible that HUD has not publicly released all of those inspection scores. Data for multifamily complexes only includes facilities with an active HUD contract.

For a week in the summer of 2018, the news applications team at ProPublica, as well as members of the ProPublica Local Reporting Network staff, gathered in New York to build an interactive database together. Major parts of HUD Inspect were completed in that week. In May 2019, we updated our database of inspection results.