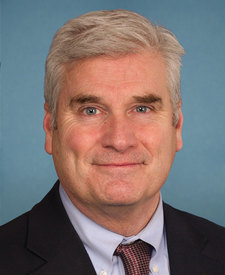 Tom Emmer ranks 384th in votes missed of the 434 voting lawmakers in the current Congress, which began this year.

We classified votes into three categories: On amendments to bills, which are numerous and can be voted on very quickly; on bills considered “under suspension of the rules,” which are usually uncontroversial and require two-thirds support for passage, and on “floor votes,” which include votes “on passage” and require a simple majority for approval.
0
Floor Votes
0
Suspension of the Rules
0
Amendments

Other Representatives from Minnesota:

This database was compiled partly by hand. Are we missing a Personal Explanation?